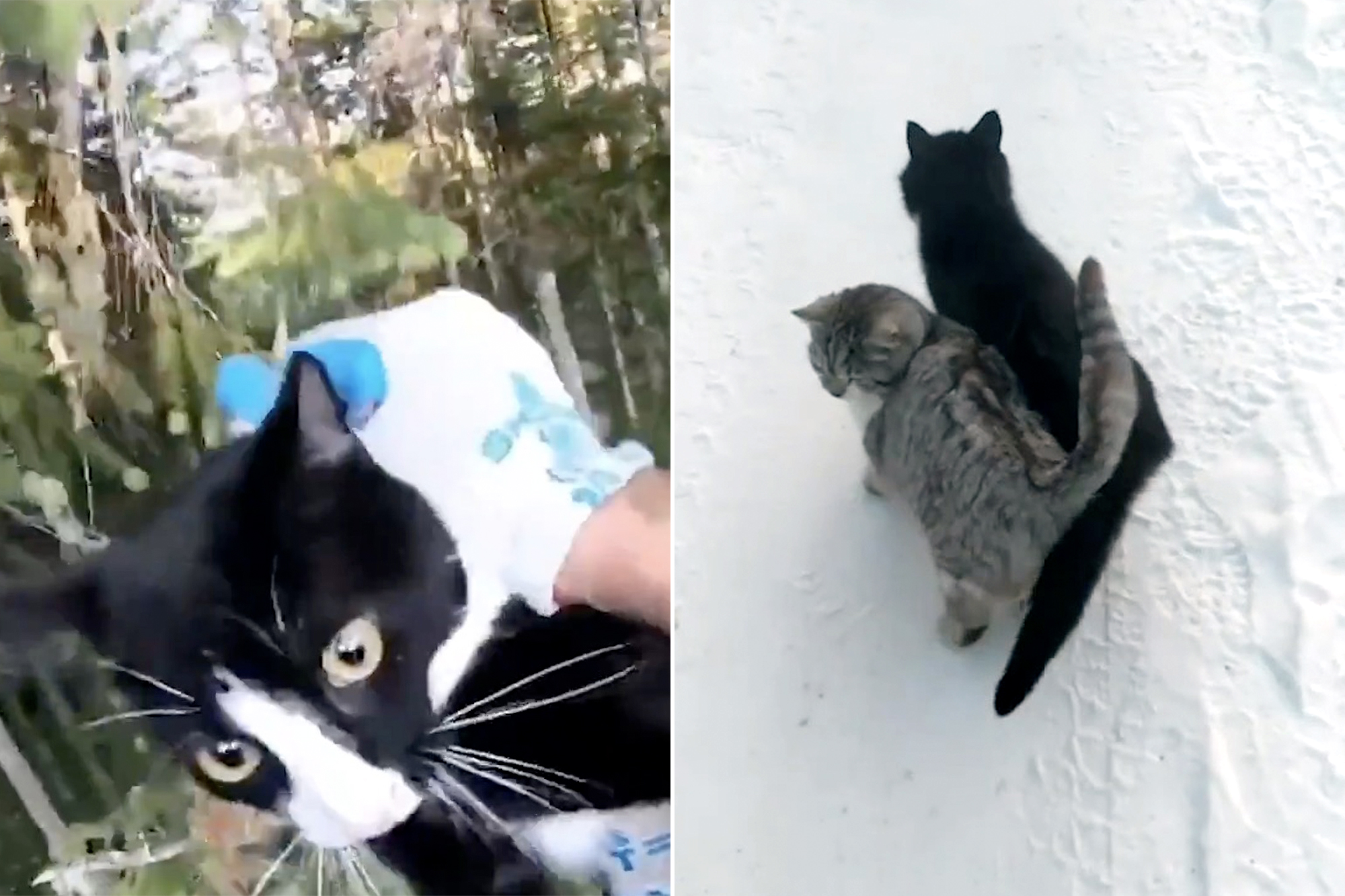 To let our readers in on a little secret: The Post loves cat videos.

It’s a blessing and a curse to be among like-minded feline fanciers — because sometimes there are just so many great cat moments to report and an insufficient number of hours in a day to feature them.

But not today! Blessedly, we are celebrating National Cat Health Month — a time for pet parents to take stock of their kitty’s well-being, both physically and psychologically.

We learned about the 665 cats who last year mewed themselves to safety after unwittingly climbing too far up trees in old-growth forests in western Washington state. Some reach canopies as high as 150 feet in the sky.

Harrowing rescue footage by Canopy Cat Rescue in Woodinville, a nonprofit organization founded by cat-loving arborists Shaun Sears and Tom Otto, shows two such scaredy cats being retrieved from daring heights. For those living in heavily forested regions, it’s not unusual to find cats missing for days, even weeks, before their frantic howls are traced up a tree, according to the rescuers. Due to the shape of their claws, it’s much easier to scale up than to traipse back down.

These cats were lucky to be found and returned to their loving owners. Unfortunately, 95% of cats that end up in shelters never make it home, according to national animal welfare organization Best Friends Animal Society.

However, cats in peril can be easier to spot than those suffering illness or emotional hurdles, such as feline depression, so it’s important to stay vigilant when it comes to subtle behavioral changes. For example, cowering body language — ears back, tails tucked, hair raised — is a good indicator of anxiety, fear and aggression. A lack of appetite, excessive sleeping, urinating outside of the litterbox, poor grooming and reclusiveness are also signs that your cat is psychologically unwell.

Much like humans, depressed cats will lose interest in the activities they once loved, such as batting at toys or cozying up to a petmate — much like Snowball and his canine cohort, Toxin, from London, Ontario, in Canada. Their human caught the pair playing pawsie while taking a break from their usual, friendly spats.

Ceasing this kind of activity may be a sign of acute sickness too, so it’s important to talk to a vet if these changes in appearance or behavior arise.

Dr. Erin Katribe, medical director for Best Friends Animal Society, warns that cats especially are “masters at hiding illness.” She told The Post, “When Fluffy starts to actually show signs of sickness, her situation may be much more serious than you think, and something has been going on for a while.”

“If you do notice even small changes in your cat’s health or behavior, it’s better for both of you to see a vet sooner rather than later,” said Katribe. “Addressing problems early will mean a much greater chance of successful treatment and will likely mean less stress on her, and less financial expense, too.”

KUWTK: Khloe Kardashian And Tristan Thompson Are Committed And In Love After Getting Back Together, Source Claims!
2021 Golden Globe nominations get it all wrong with ‘Hamilton’
Comment