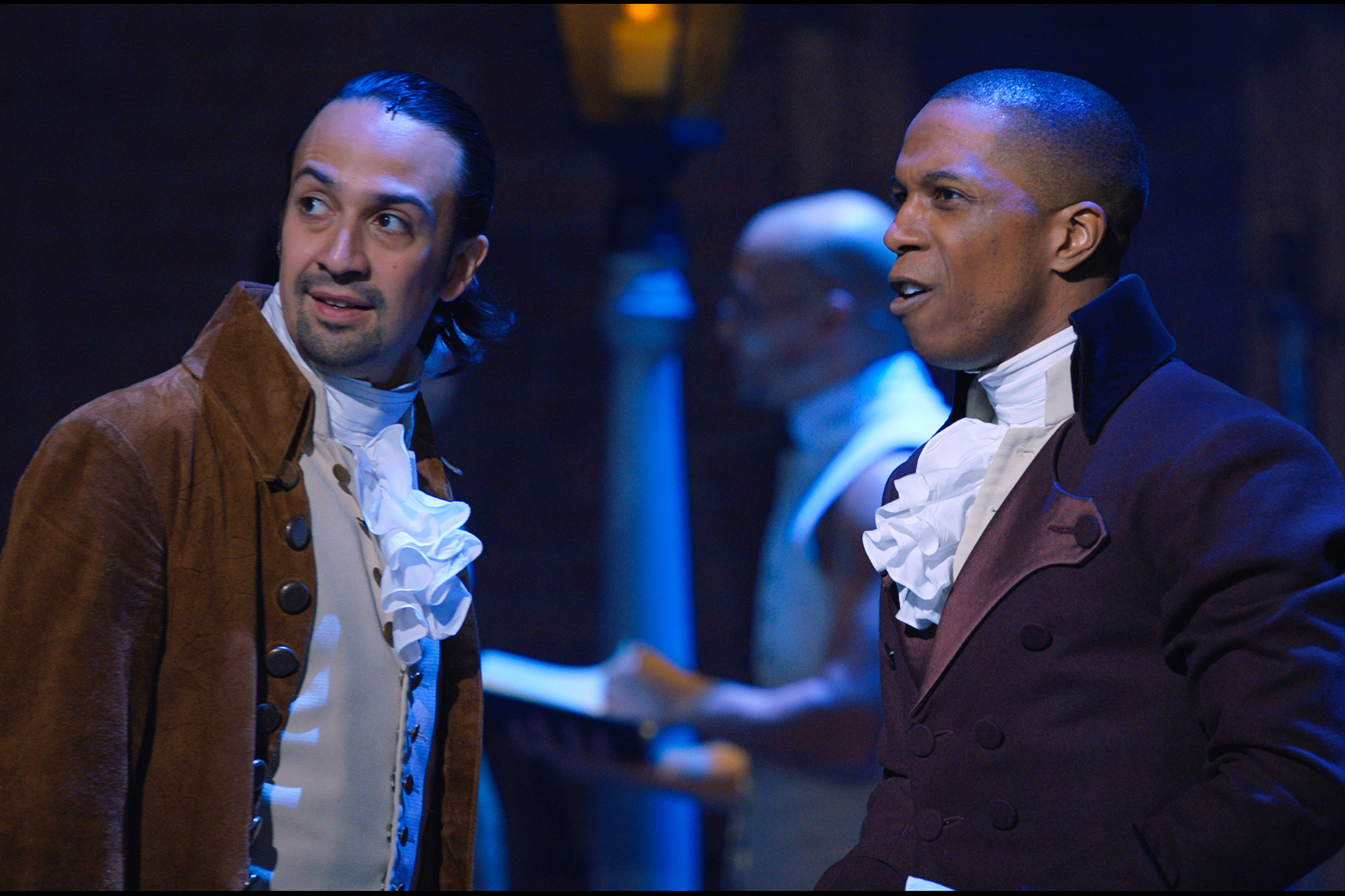 Last year, the Golden Globes put on their big-boy pants for once.

The film nominees they picked were uncharacteristically respectable across the board and, save for “Parasite” being relegated to the foreign language category, accurately predicted most of the eventual Oscar winners.

The world couldn’t believe it. The Hollywood Foreign Press Association, a real pack of loons, didn’t even nominate “Cats,” in keeping with their usual tastelessness.

Has the newfound maturity of these 90 foreign journalists stuck in 2021? Just barely. The nominations, which were announced Wednesday, would suggest a straitjacket is still in order.

While “Mank” came out on top with a well-deserved six nods, one of the nuttiest decisions an award show has made in ages is the HFPA’s choice to treat “Hamilton” as a bona fide movie.

“Hamilton” is an excellent, groundbreaking, once-in-a-generation Broadway musical. Rap, history, yada yada. But let’s be clear: It is not cinema. Lin-Manuel Miranda’s musical on Disney+ is a well-shot theatrical production featuring performances captured nearly five years ago that were conceived, developed and directed for the stage. There is a pre-show announcement telling people to turn off their phones, for Pete’s sake.

Why on earth then was it put ahead of real film comedies such as “The King of Staten Island” and “Eurovision Song Contest: The Story of Fire Saga” — both of which were shut out? The Globes are clearly trying — and failing — to prove they’re cool.

Old Man Oscar, on the other hand, deemed “Hamilton” ineligible for its ceremony set for April 25, setting a strong precedent that other upcoming taped theater shows, such as “Diana” and “Come From Away,” can’t vie for Best Picture next year. But, hey, if you want a Globe, just set up a tripod in your theater and press “record.”

Most pundits won’t call that out for fear of cultural retribution, but it’s a slap in the face to real filmmakers.

Speaking of Broadway, Best Picture Comedy or Musical nominee “The Prom” got embroiled in quite a lot of controversy Wednesday considering the material is lighter than milk froth. Some were maddened that the Globes snubbed Meryl Streep, the best part of the Netflix movie-musical, but nominated James Corden, the universally panned worst part. Their anger is well-placed.

Corden — we were really sold a pig in a poke with this guy — stole a Best Actor in a Comedy or Musical slot from Pete Davidson who, like him or not, gave a complex, moving performance in “The King of Staten Island.” On the other hand, the British actor’s unfunny impression of a gay stage star was awkward and hard to believe. Miranda also nabbed one of the five spots.

Another glaring omission: Why didn’t the Globes do the right thing and nominate Spike Lee and “Da 5 Bloods”?

Lee seemed to have turned an award show corner when, in 2019, he won the Best Adapted Screenplay Oscar for “BlacKkKlansman.” His latest movie was totally shut out, most egregiously Delroy Lindo’s triumphant leading performance.

Here’s hoping that the Globes’ more bizarre nomination choices are passed over when it actually comes time to choose the winners. Right now, the smart money is on “Nomadland,” its star Frances McDormand and director Chloé Zhao. The weighty drama is primo awards bait, and one scene has a dirty-looking McDormand bravely taking a dump in a bucket in a van. Voters slobber over that shtick.

Hilarious “Borat Subsequent Moviefilm” newcomer Maria Bakalova also has the momentum to win Best Actress in a Musical or Comedy.

But the tears will come when the late Chadwick Boseman wins a posthumous Best Actor in a Drama award for his searing turn in “Ma Rainey’s Black Bottom.” The actor deserves a roaring standing ovation, not a televised Zoom call.