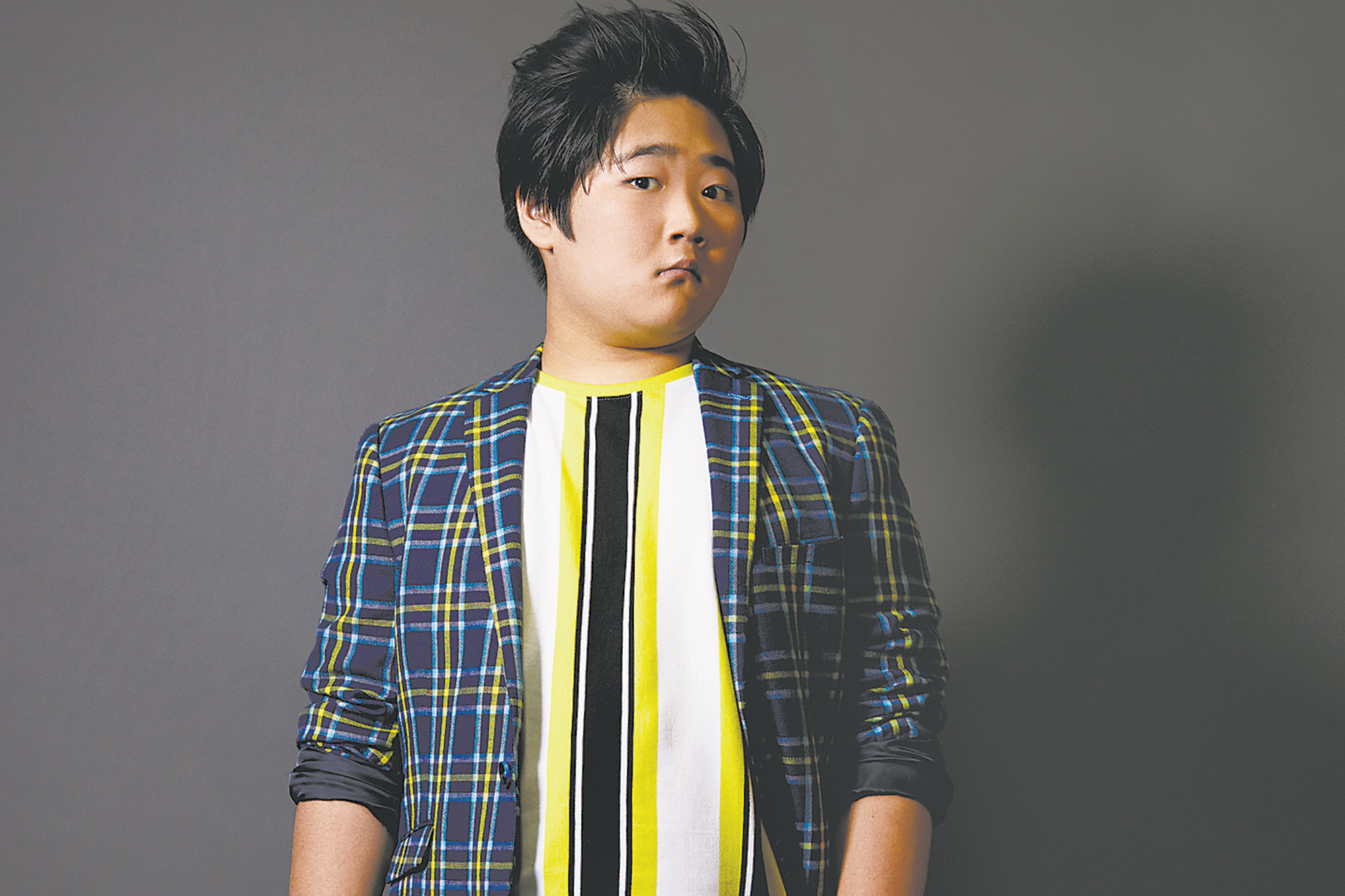 “I had to do a virtual meeting with the director, and a couple of hours before that the Internet at home checked out. We had no power,” Doi told The Post. “Me and my mom were panicking and we went to a McDonald’s!”

Even though there were burgers being flipped in the background, the meeting went smoothly. “A couple of days later I found out I was booked the job,” said Doi, who plays Yoyo in “Barb and Star,” premiering Friday on major streaming platforms.

Doi, who grew up in Honolulu, and now lives in LA, wasn’t about to let anything get in the way of appearing in the crazily campy comedy, which follows lifelong friends Barb (Annie Mumolo) and Star (Wiig) breaking free of their predictable lives in Soft Rock, Nebraska, for a dream vacation at the titular resort in sunny Florida. The only problem is, the evil Sharon Gordon Fisherman (also played by Wiig) wants to destroy the place over a long-held grudge. (As a child, she was mocked by people at the resort during its annual “Seafood Jam” due to an intolerance to the sun that left her with extremely white skin.) The film co-stars Jamie Dornan, Damon Wayans Jr. and Wendi McLendon-Covey and was pegged for a big-screen release before the pandemic.

Yoyo is Sharon’s pint-sized sidekick who, when he’s not helping Sharon plot destruction in her underground lair, masquerades as a local paper boy.

Doi steals the show in the film’s opening scene, riding his bicycle, tossing newspapers and singing along to the Barry Gibb/Barbra Streisand duet “Guilty” blasting in his headphones.

But making the moment wasn’t as carefree as it looked.

In “Barb and Star,” Reyn Doi’s character Yoyo is Kristen Wiig’s pint-sized sidekick who, when he’s not helping her character Sharon plot destruction in her underground lair, masquerades as a local paper boy.Richard Foreman, Jr. SMPSP

“It’s my first scene in the movie, but that moment was shot on the last day of filming,” said Doi, who was 10 years old during the 2019 shoot. “On that day I was preparing for my scene, and my mom started to have stomach pains and had to go to the hospital [for a kidney stone]. Kristen was there for me to motivate me and help get me through the day. I was so thankful for her.”

Doi relished the opportunity to work with comedy icon Wiig.

“I had many chances to interact with Kristen and talk to her about life,” he said. “She was very nice and talkative. She treated me as a friend and as a professional. I feel like we got along really well, and she’s an amazing actress.”

Reyn Doi on Kristen Wiig: “She treated me as a friend and as a professional. I feel like we got along really well, and she’s an amazing actress.”Amelia Joyce Tubb

“Barb and Star” isn’t Doi’s first role. He made a splash singing John Legend’s “All of Me” in an episode of Jim Carrey’s Showtime series “Kidding” — “I love singing, but I couldn’t play the piano in that scene — I was fake-playing,” he said — has roles on two Nickelodeon including “Drama Club.” He’s been cast on an upcoming ABC series (still hush-hush at this point) and voiced the character Box Kid in the upcoming sequel “Boss Baby: Family Business.” He’s also fluent in Japanese. (His mother was born in Japan.)

Doi is a math whiz with an uncanny ability to swiftly multiply numbers in his head, instantly answering the jokey question: “What is 35 times 23?” without missing a beat.

“It’s 805,” he said calmly — with an unflappable demeanor that will serve him nicely in the bustling world of show business.

Anna Sorokin ‘fake heiress’ returns to social media
Larsa Pippen Might Appear On The ‘Real Housewives of Miami’ – Insider Says She Was ‘Offered A Role’ And She’s ‘Interested!’
Comment